A new law is currently being pushed through the Utah Legislature that will seriously hurt the people of the State of Utah. Among other things, SB81 would make it illegal for an employer to fire a citizen if an undocumented worker is performing the same responsibilities.  WOW!  Let’s all say it together — discrimination!

I’m so tired of the immigration debate.  Actually, I’m not tired of the debate, I’m tired of the lack of substance on the side of the “anti-immigration movement.”  I like to call it the bigotry movement.  I was speaking to a friend of mine the other day about this and realized that there are so many people blinded by “illegal is illegal” argument.  I totally agree that what they are doing is illegal.  But so was so much of the Civil Rights Movement. 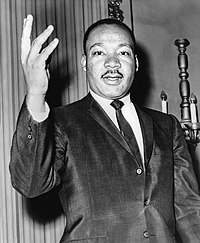 And now the leader of that movement, Martin Luther King Jr, is viewed as a hero.  He has a national holiday.  He has major streets named after him in most major cities.  But yet, he promoted the breaking of the law.

Because the law was wrong.

This is a little different situation, in that I don’t think it wise for anyone to promote illegal entrance into the United States.  It’s just too dangerous.  But there is a serious need to look at the laws and fix them.

So what is the real reason for this anti-immigration movement?  I see two reasons.

1. Bigotry — we live in a time that we all like to believe that racism is behind us.  We all live in peace and harmony with one another and any accusation of racism is simple misunderstanding.  Although that is a valid excuse on occasion, racism is still quite rampant.  There is less racism against blacks these days, but it has transitioned to Hispanics. For example, a young couple I know were wanting to adopt.  As they were completing the adoption papers, they were asked if there was specific races they would or would not like.  The young lady desired to mark everything as OK, except for hispanic. When asked why, the response was, “Because they are greasy and gross.”  What?!?

2. Assumed power — the conservatives assume that because Hispanics lean towards the left, if they let more into the country, they will build more power for the liberals.  That’s the farthest thing from the truth.  The only (literally only) reason Hispanics support the Democrats is because of immigration laws.  Liberals are more willing to open the border and let more people in.  But if you look at the value system of the Hispanic cultures, you will find it is more and more in line with traditional conservatism.   If only the conservatives would open their eyes, get past the “but they broke the law” argument, they would find a powerful political base.

Of course, this is my spin on things and the extreme conservatives can spin it their own way, but they are wrong. 😉